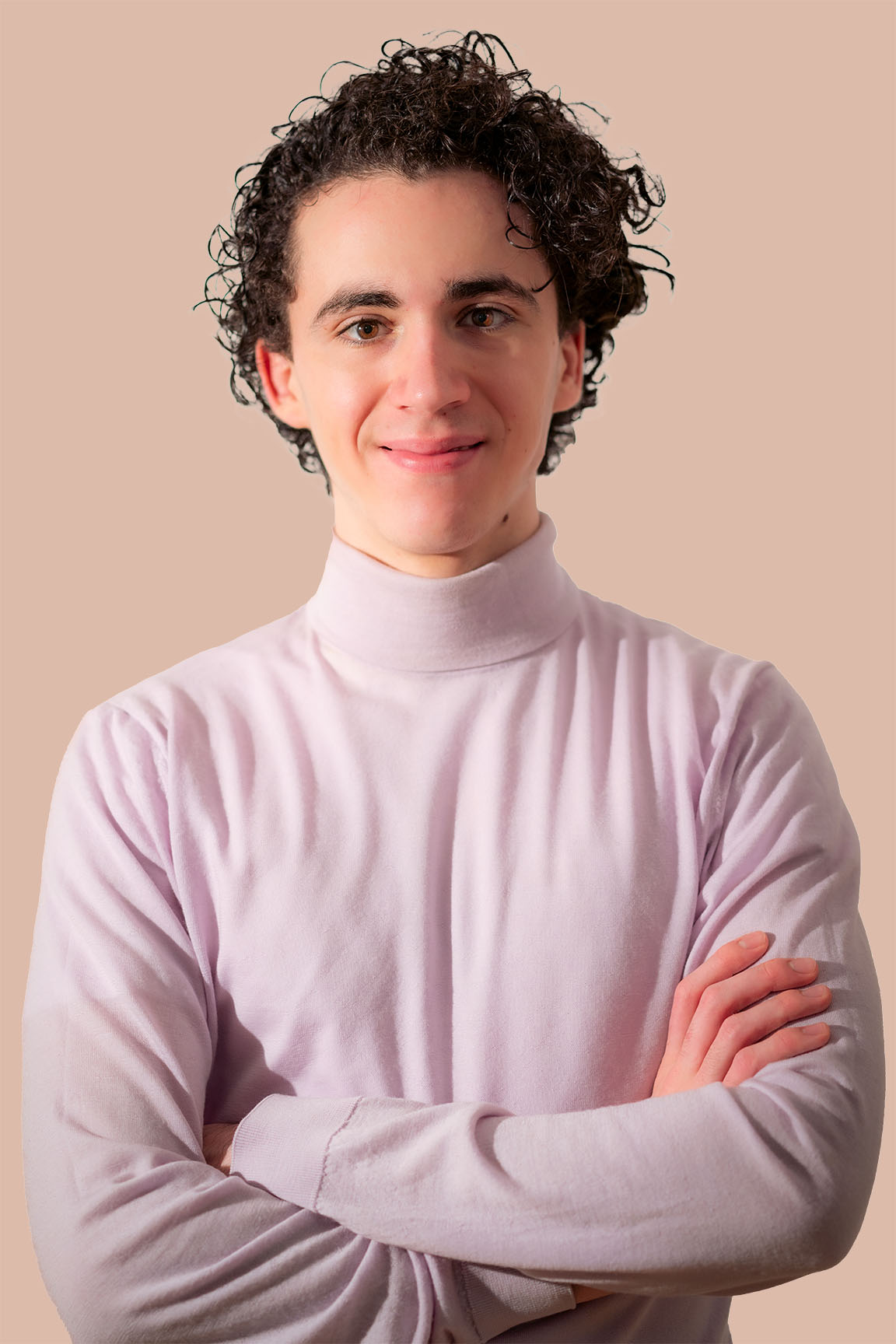 Kiron Atom Tellian was born in 2002 and is regularly performing with some of the greatest artists worldwide. Growing up in Vienna, Austria, he began playing the piano when he was five years old - being admitted to study piano in the Programme for Highly Gifted Children at the University for Music and Performing Arts Vienna (MDW) with Prof. Alma Sauer when he was only seven years old. From 2018 to 2022 he completed his studies at the MDW with Prof. Vladimir Kharin in the Preparatory Programme Piano.

Tellian played his debut with orchestra at the age of nine - going on to win countless first prizes at national and international piano competitions for piano, chamber music and composition in Austria, France, Germany, Luxembourg, the Netherlands, Italy, Slovakia, Russia, England, the USA and Japan.

» The bravura and maturity of his playing render speechless. «

Tellian was admitted to earn his bachelors degree at The Juilliard School in New York City, USA, studying with Maestro Sergei Babayan. He is a proud recipient of the prestigious Kovner Fellowship, which, among other things, covers all expenses for the full duration of his studies.

In addition to being an active performer with many concerts in the big concert halls and festivals all around the globe, Tellian is also a composer with many prizes at the composers’ competition „Jugend Komponiert“. His pieces are performed regularly, spanning different ensembles, from solo piano works to pieces for symphony orchestra.

As a passionate chamber musician, Tellian performs with great artists such as Benjamin Schmid, Emmanuel Tjeknavorian and Dominik Wagner, to name a few. A special moment of the last season was his performance with Chen Reiss and the Vienna Youth Philharmonic Orchestra. Additionally, he performed a chamber music recital in the Vienna Musikverein together with Julia Hagen, Ursula Langmayr, Benjamin Schmid and Dominik Wagner.

Tellian has performed many concerts with the conductor and violinist Emmanuel Tjeknavorian, including a duo recital in the Shoe Factory in Cyprus, a concert with a live broadcast in the NDR as part of the Festspiele Mecklenburg-Vorpommern in Germany and as part of the Viotti-Festival in Italy. A highlight of the next season will be his debut in Carnegie Hall together with Dominik Wagner. 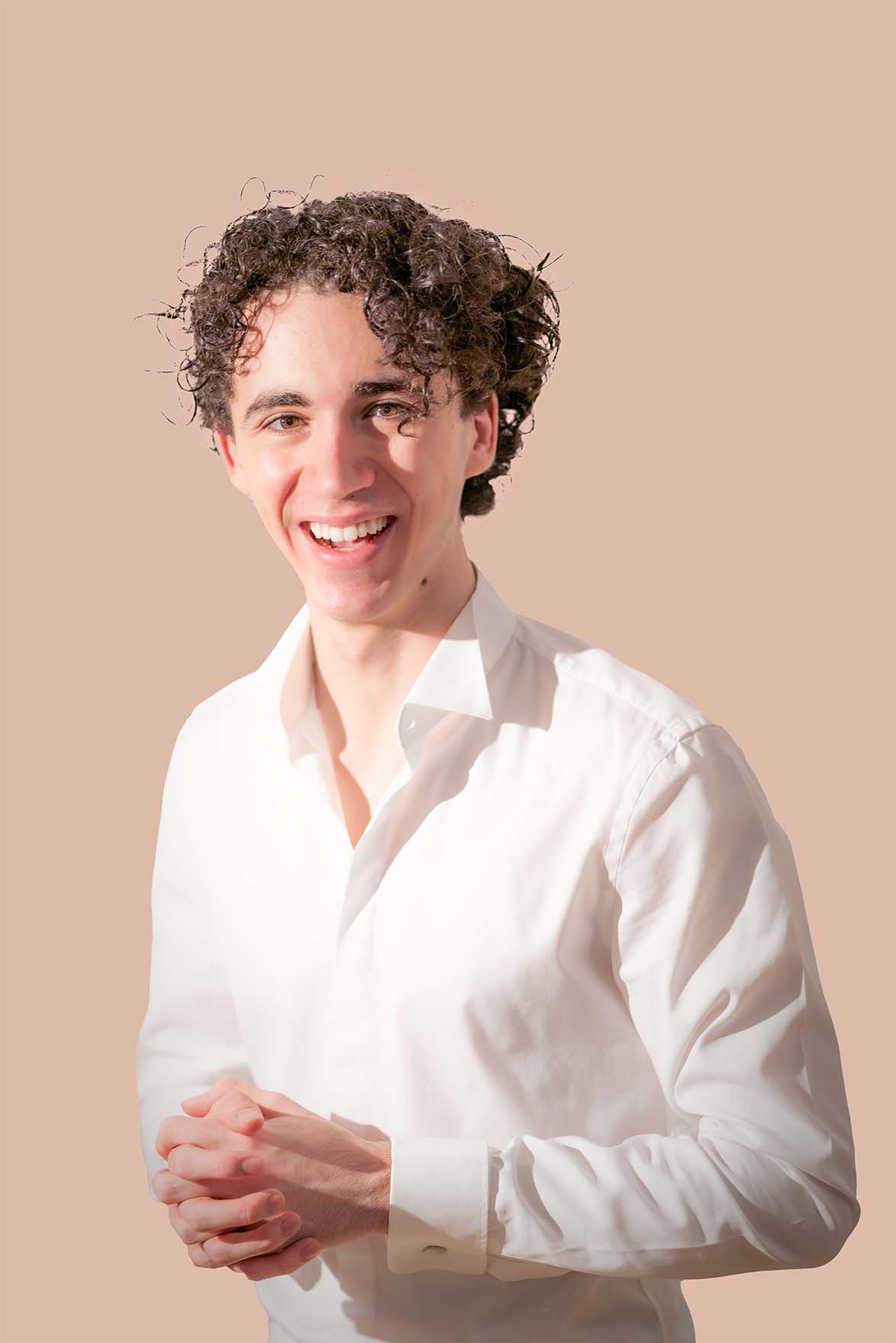 » Nonetheless, Tellian's fingers flew about the keyboard, perfectly depicting the weightless elegance of the waltz, but also thunderous, emphatic and almost explosive exclamations, which alltogether made for an easily understood and highly successful interpretation. [...] An extraordinary opportunity for Tellian to get lost in fluid, crystallized and sensitively emotional colors. But only to finally - suddenly - jump into an agitated and dramatic tempo, all the while not getting carried away, but carefully and thoughtfully phrasing each note. [...] Highlight of the evening was Franz Schubert's "Wanderer Fantasy": starting with a concise theme, impressfully presented by Tellian, to culminate in a ferocious finale which was rewarded with standing ovations by the audience. «

» The pianist Kiron Atom Tellian is sitting at the black Steinway grand piano. Playing the violin: Emmanuel Tjeknavorian. [...] And although the 19 year-old Kiron Atom Tellian stepped in to play this concert only a couple of days ago, the two musicians give an impression of having played together for decades. [...] They concluded the evening's concert with the Rondo Brillant by Franz Schubert. Devilish, virtuoso and simply: brilliant. «

» [...] in category A Maria Eydman and in category B Kiron Atom Tellian emerged winners of the competition. The two pianists recently gave a prize-winner's concert in the Asamsaal of Schloss Ettlingen - and the bravura and maturity of their artistry renders speechless. Once, highly technically demanding masterworks like Ravel's "La Valse" or even his "Gaspard de la nuit" were only performed rarely. Here one can clearly notice the incredible confidence, security and technical abilities that these two prize-winners have reached despite their young age. [...] or Tellian's convincing rendition of Ravel's "Gaspard de la nuit" - probably one of the most difficult works for piano overall - or his captivating and inspired performance of Chopin's third piano sonata - one can only listen, enjoy and wish these young artists all the best for their future. «

» If one mentions the name Emmanuel Tjeknavorian (Violin) - Jeremias Fliedl (Violoncello) and Kiron Atom Tellian (Piano) should also be mentioned, as their performances are undoubtedly equal. [...] a trimphant finale: Tchaikovsky's "À la mémoire d'un grand artiste". After the pezzo elegiaco, moderato assai and allegro giusto followed. But what an allegro giusto! Their riveting performance was met with an incredibly long applause by the exuberant audience. There was no encore, this kind of emotional ending can not be improved upon. «

» Moving on to larger Bach works, we heard selections from the French Suite in G major, BWV 816, played by Kiron Atom Tellian, age fourteen from Vienna, Austria (and also awarded in two repertoire categories). A student of Alma Sauer at the “highly gifted” program of the University for Music and Dramatic Art, he pairs piano with studies in composition, perhaps a source of the heightened thoughtfulness in his playing. He was one of the day’s most interesting musicians, with an individual style that brought to mind some of the earlier Bach performances of Ivo Pogorelich. His Allemande, Courante and Sarabande all had an expressiveness one most associates with Romanticism (as many felt about Rosalyn Tureck’s playing), and he played with a judicious use of agogics, some receding dynamics at climaxes, and some staggering of left and right hands at poignant harmonic points and trills. His Gigue was by contrast quite metrically straightforward, but a delight in its extremely fast and even execution, without losing the slightest detail. One looks forward to hearing this young man play again. «

» Kiron Atom Tellian, which presented the breath-taking finale of the evening's concert - with a fulminant rendition of the first and last movement of Chopin's third piano sonata. His ability to play with incredibly nuanced colors and feelings, to connect virtuosity and intimate sensitivity, explosive drama, longing and singing melodies was extraordinary. «

» Kiron Atom Tellian is undoubtedly one of the greatest and most talented pianists from Austria. «